Meet the awesome foursome! We’re full-time professional musos who love playing together and have done for more than 15 years. We’ve also toured with the odd big act…

Since graduating in 2003 with an Honours degree and Masters in music Philippa has worked extensively around the West Midlands and enjoys a busy and varied career as a freelance musician. She has performed on tour with artists such as Il Divo, Smokey Robinson, Alfie Boe, Tim Minchin and Johnny Mathis, both in the UK and Europe.

A sought-after leader for theatre orchestras, Philippa can be found most evenings sat in an orchestra pit in one of the many theatres in the region, playing both musicals and operas. Philippa juggles her playing career with a busy teaching one, passing on her love of music and the violin to youngsters in local schools.

After graduating from Birmingham Conservatoire, Hannah has enjoyed a varied career as a violin and piano teacher, accompanist and freelance violinist. Currently she is a violin teacher at Denstone College and strings co-ordinator at Lichfield Cathedral School.

Her playing career has taken her travelling throughout Europe as part of the touring orchestra for many prestigious artists, including Alfie Boe, Gloria Estefan, Il Divo, Katherine Jenkins, Chris De Burgh and George Benson, performing in venues such as the Albert Hall, Wembley Arena, the O2 arena, Edinburgh Castle and Croke Park. 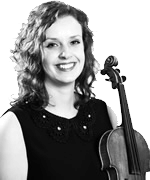 As the founding viola player of the Signature String Quartet, Helen has enjoyed playing as part of the quartet for more than 10 years. During her time at Birmingham Conservatoire, Helen led viola sections in each of the major orchestras and was a finalist in the Herbert Lumby prize.

Since graduation in 2006, Helen has maintained a varied freelance career, playing with Signature String Quartet, Nemesis (a rock-inspired string quartet with Erica Nockalls of The Wonder Stuff), and The Queen’s Park Sinfonia among other ensembles. Helen is currently Head of Printed Music at Presto Classical in Leamington Spa. 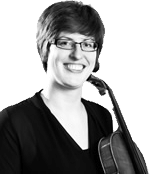 Mike is currently making a living from music after finishing a performance degree at Birmingham Conservatoire, studying Cello under John Todd. He has played with orchestras including The New English Chamber Orchestra, The Heart of England Chamber Orchestra and Queen’s Park Sinfonia.

Although classical music is a major part of his life, Mike is also involved with prog/rock band The Chinese Burn Society. In recent times Mike has performed in London with up-and-coming Tamanda Walker, The Bays and also Miles Hunt (lead singer of the Wonderstuff) at Birmingham’s Town Hall. 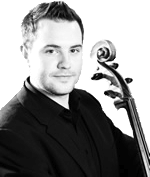 Because the individual members of the quartet are professional freelance musicians, there may be occasions when the players listed above are not available due to other commitments. When we have to use alternative players, these musicians are always of the highest professional standard who we have worked alongside for a number of years.